Black History Month: Owners of Taste of West Africa have found a hunger in Fayetteville

If Isabella Effon had any doubts about how the food of her native Ghana would be received in the United States, they were quickly put to rest.

In the year and a half since, the family has been introducing Fayetteville diners to dishes such as goat and oxtail stews, peanut butter soup and sweet-fried plantains. Vegetarian and vegan dishes are also popular with local customers, Effon said.

Although food has become the Effons' business, it was art that brought them to the United States.

Isabella Effon was working as a curator when she met Margaret Taylor-Burroughs, co-founder of the DuSable Museum of African-American History in Chicago.

Taylor-Burroughs offered her the opportunity to work at the DuSable. Effon moved to Chicago in 1997, where she met her future husband, who also is from Ghana.

The couple relocated to Fayetteville in 2001 after Tetteh joined the Army. Benton joined them in 2003.

It wasn't surprising that food soon took center stage in the family's life. Effon said it is an important part of the Ghanaian culture.

"In Ghana, Mom cooked when we were little," said Effon, 42. "That's how she raised us. We'd come home from school and help, doing dishes, running errands."

Effon said Ghanaians celebrate their culinary culture in festivals such as Homowo, which Effon likened to Thanksgiving. Peanut butter soup is a popular Homowo dish.

At Taste of West Africa, the Effons let diners choose how spicy they want their food. In Ghana, it's another story altogether.

"What's typical for Ghana? Hot," Effon said. "All (western Ghana) is hot. Hot and spicy, full of flavor. It doesn't matter what meat. It could be oxtail, goat, beef, chicken - all spicy, hot and flavorful."

Effon said she is grateful the food of her native country has been accepted here. She admits, though, that it's a little frustrating when people ask for recipes. Most of the time she can't oblige.

"When we cook, we don't use measurements. We just put things together," Effon said. "We go by taste. And at the end, you have this beautiful meal."

Staff writer Rodger Mullen can be reached at mullenr@fayobserver.com or 486-3561. 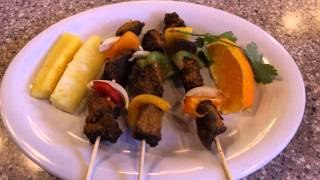 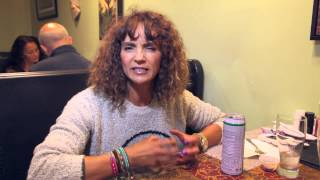